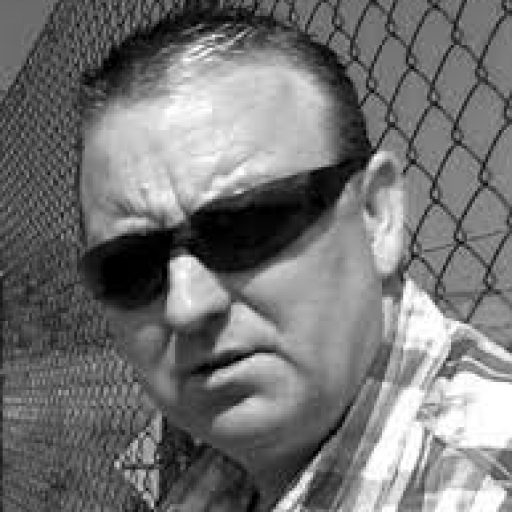 Traveled widely before settling in London. Married Pauline in London. Moved back home to Youghal when their first son Jason was born in 1989. Moved to the south side of Cork City where Ben was born. Currently residing since the boys have flown the nest, under the one roof with Gussie the bearded dragon. a Maran hen, a blond half breed, half hen, half bantam, two budgerigars and one dog.

Jerry H. Twomey was encouraged by friends to publish himself if he wanted to be published that bad, that was when he was 28 years old and that is what he did raising money from local businesses in his home town of Youghal and printing far too many copies, as it turns out, of “The Pearls From The Poundshop,” a delightful chapbook of early poems with a primitive charm.

Emboldened by his successful venture into the world of make believe, Jerry from his lofty loft released more of his poems like pigeons off into the sky blue sky. Most of these poems obeyed their homing instinct and promptly returned while some fundamentally flawed birds became disorientated and are still lost in reputable and other literary outlets here and abroad.

JERRY TWOMEY
Jerry Twomey has traveled extensively, lived and worked abroad in France, Holland and in London. He lives in Cork City now. He has been writing since school when his friend Tom asked him to write a ballad for him. The Ballad of Tom was torn from the blue lined copybook of cruel and careless beauty, balled up and thrown at the teacher’s back while the white chalk stick squealed  at the black board. This is what poems are for…