The Pearls from the Pound Shop by Jerry Twomey 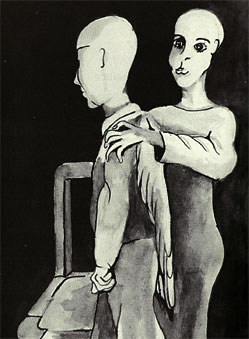 It can be bought directly from the author for €7.50

The Pearls from the Pound Shop is a chapbook of the best of my early work. Thirty poems are featured and are loosely interpreted and illustrated at intervals throughout the book in pen and ink by Fiona Kelly.

These are the first tentative steps I took of calling myself a poet and having called myself a poet, going on to show my poetry to the world. Many of the poems went on to be published in what used to be known, in the days before the world wide web, as reputable literary outlets such as Poetry Ireland.

The poems have something in them still for me, something I cannot quite put my finger on, which in hindsight is no bad thing, no bad thing in a world where analysis is paralysis. I hope I won’t live long enough to turn my back on these pieces or deny the boy who made them up out of his head, on his way home along the barrack road.

0 Item
Back to Top